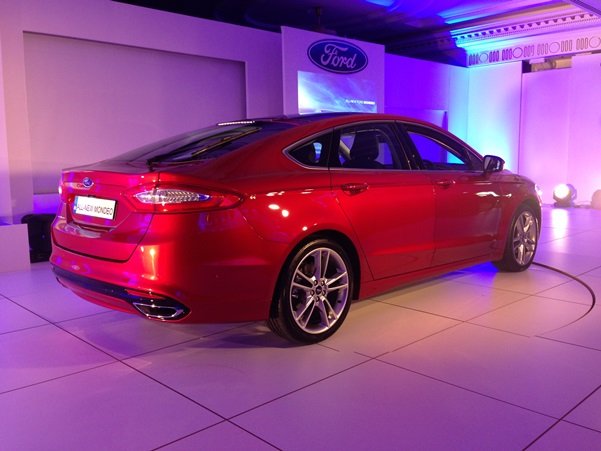 The all New Ford Mondeo was launched by Ford Ireland to dealers, media and fleet buyers this week at the Powerscourt Hotel in Wicklow.

The car will be initially launched in Zetec and Titanium Spec and a further entry level spec called ‘Style’ will be added in late January.  The following will be the launch engines

The Mondeo will initially be rolled out with two series and two body-styles. These are: Zetec and Titanium (with Style to come in January) in 5 door hatchback and Estate. The 4-Door saloon style will only be available in the Hybrid EV and Vignale (premium series) versions which will be introduced in 2015.

The specification levels for the All New Mondeo will include: