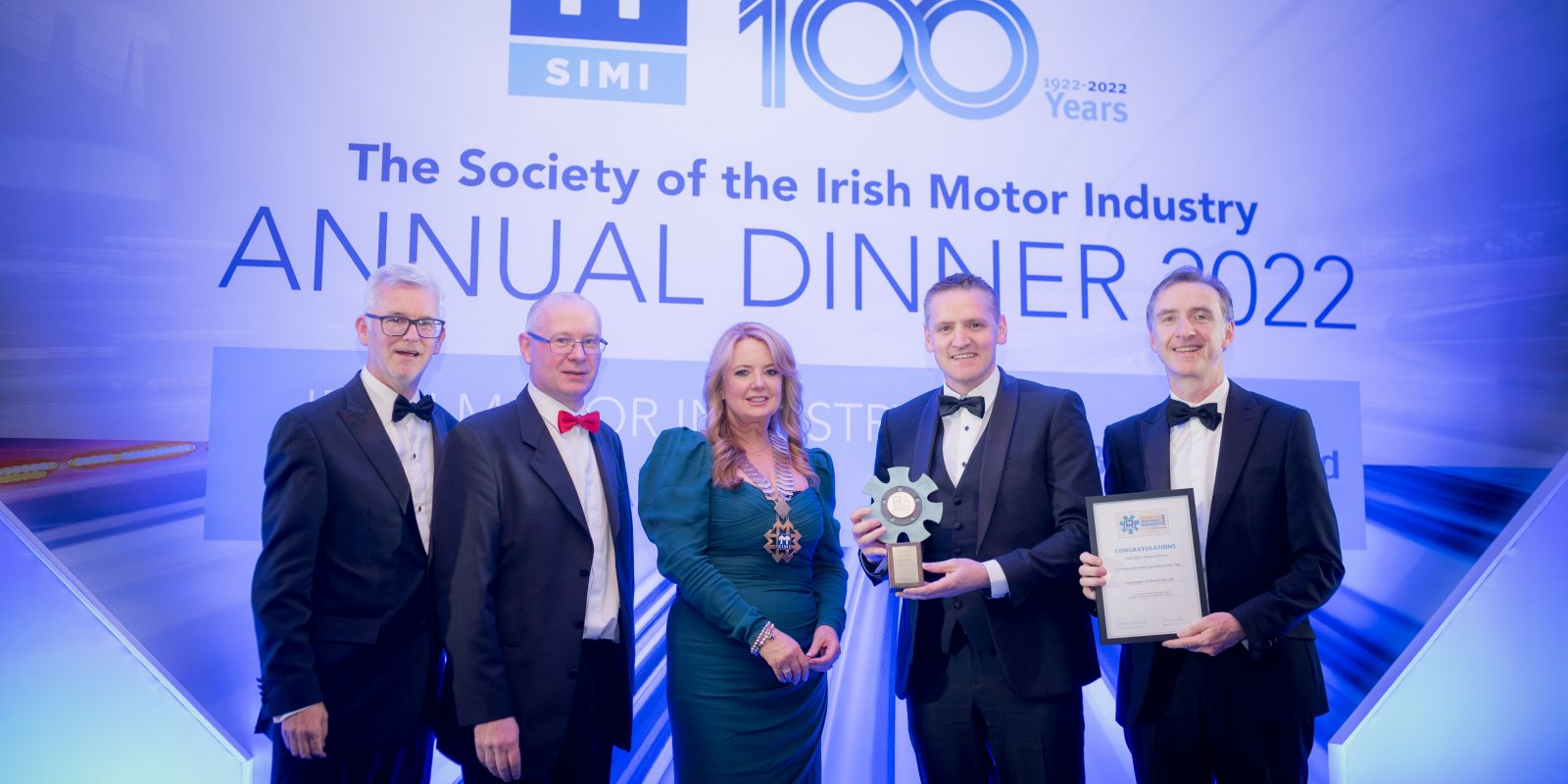 Cavanaghs of Charleville has won the prestigious title ‘Aftersales Dealer of the Year 2022’ from the Society of the Irish Motor Industry (SIMI) at their National Awards Ceremony which took place at the Clayton Burlington Hotel on 7th April 2022. Pictured on the night were (from left) Derek McDermott – Managing Director at Bank of Ireland Finance, Brian Cooke – SIMI Director General, Gillian Fanning – SIMI President, James Foley, Managing Director, Cavanaghs of Charleville and Hugh Sheehy, Marketing Manager, Cavanaghs of Charleville. Cavanaghs was nominated for the category Franchise Aftersales Operation of the Year along with 2 other Dealerships.  Cavanaghs was selected from a final shortlist of 3 on the night having also been shortlisted in the Bodyshop Category.  The awards are open to all SIMI members in Ireland. This is the second time that Cavanaghs has won a national award from the SIMI following the initial awards in 2011. 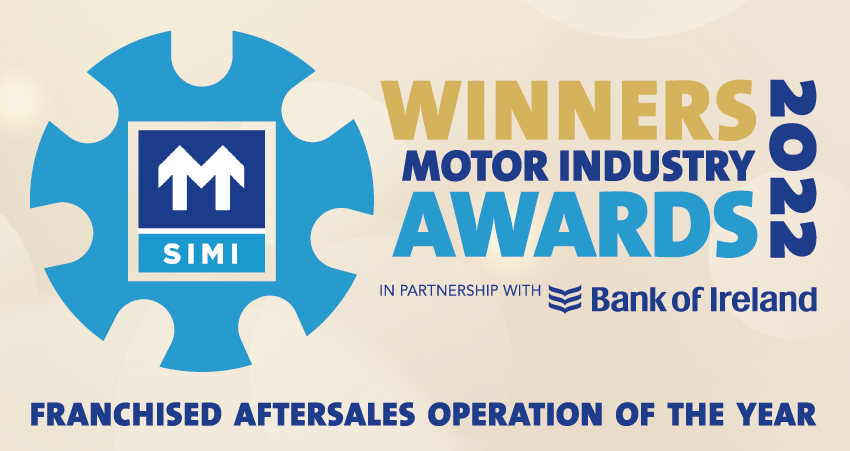