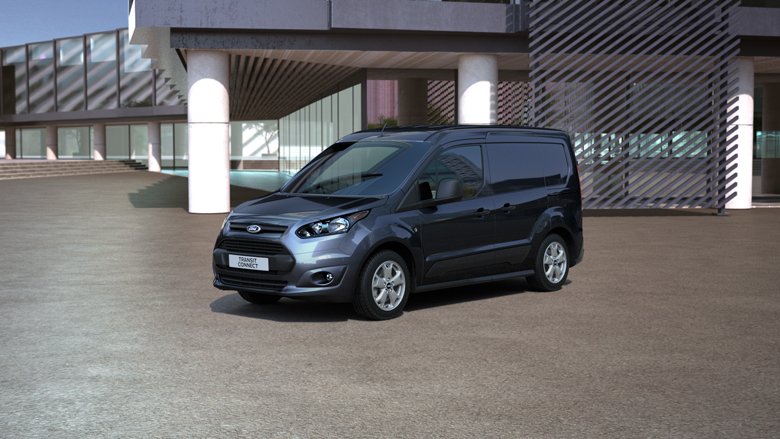 Ford is in the process of renewing all their vans. Last year we saw the all-new one-tonne Transit Custom and arriving early next month is the new Transit Connect. The entry price for the Base model 1.6 TDCi, 75 bhp, SWB will be around €15,500

Next year we will see the larger two-tonne Transit arrive at the top of their line-up and at the base of their pure commercial line-up, the Transit Courier will also arrive next year. I drove the new Transit Connect in Germany this week and while Ford boast of the class- leading fuel economy, load carrying ability and it’s durability, it was how really good it drove was what caught my attention. I believe it is the nicest van (outside of some car derived vans) that I have ever driven.

The new model offers a stylish and spacious cockpit with car-like design and craftsmanship, smart stowage solutions, and the latest Ford driver assistance features and interior technologies. The Transit Connect is the first in its class to offer the options of Active City Stop, designed to help motorists avoid low speed collisions with stationary or slower moving traffic in front; the new van also offers Ford SYNC with Emergency Assistance, a feature for which Ford already received a EuroNCAP Advanced Reward with the Transit Custom.

However, with up to 75 per cent of buyers in the Transit Connect segment not actually drivers, but rather fleet or company vehicles, I can fully understand why Ford focuses strongly on cost of ownership factors. And of course, Ford in common with other vehicle manufacturers or any business bringing a new product to market, will only speak of it being better than their own last year’s big seller, when that is being replaced.

The new Transit Connect is a case in point. Ford say that it’s toughness and dependability associated with the current model has been carried over but other areas of importance to fleets such as much improved fuel efficiency, more dynamic and stylish looks, as well as smart new load space features have also been delivered on.

It also offers better functionality, lower cost of ownership and optional advanced technologies such as Active City Stop and Ford Sync. But after driving various versions for a day, I wouldn’t argue with their claims.

The new Transit Connect will go on sale early next month with the main powertrain for the Irish market is the highly-efficient 1.6-litre Duratorq TDCi diesel with a choice of 75, 95 and 115 PS offering best in class quoted fuel efficiency of 71 mpg (4.0l/100km). As with all manufacturers best quoted fuel economy figures, please note that is calculated with no load on board and in ideal driving conditions.

The 115 PS version is married to a 6-speed transmission (the less powerful two version come with a 5-sped box). There is a choice of short-wheel-base (SWB) or long-wheel-base (LWB)

The new Transit Connect will be available in Van and Double-Cab-in-Van bodystyles, the Transit Connect offers a spacious and practical load area (2 euro pallet carrying capability) with total volumes of 2.9 m3 and 3.6 m3 with a full bulkhead, or 3.7 m3 and 4.4 m3 including the front loadspace area.

Maximum payloads of up to 1,000 kg match the best in class figure. An ingenious load-through bulkhead also enables the storing of pipes, ladders and other loads up to 3.0m long in the L1 and 3.4m long in the L2, safely inside the vehicle.

The vehicle provides great flexibility for work teams as it is available with a Flexible Dual Front Passenger Seat that can carry up to three people in the Van model, as well as the Double-Cab-in-Van version which is able to carry up to six.

Ford pointed out at the launch that unlike many rivals which are tested like passenger cars, the all-new Transit Connect has been subjected to Ford’s ultra-stringent commercial vehicle testing and durability standards, covering the equivalent of 5 million km (3 million miles) in arduous testing, including at least 400,000 km (250,000 miles) in tough real-world fleet conditions with Transit Connect users.

The all-new model also builds on the Transit Connect’s reputation for very good security. The improved remote locking system now offers two channels for enhanced security and can be fully configured to the customer’s needs, while anti-tamper shielding of the door lock latches prevents destruction of the locks by drilling or chiselling.

The new transit Connect is developed under the One Ford global product strategy at Ford’s commercial vehicle development centre in Europe together with the engineering team of Ford Otosan in Turkey, the all-new Transit Connect is produced at Ford’s state-of-the-art manufacturing plant in Spain.