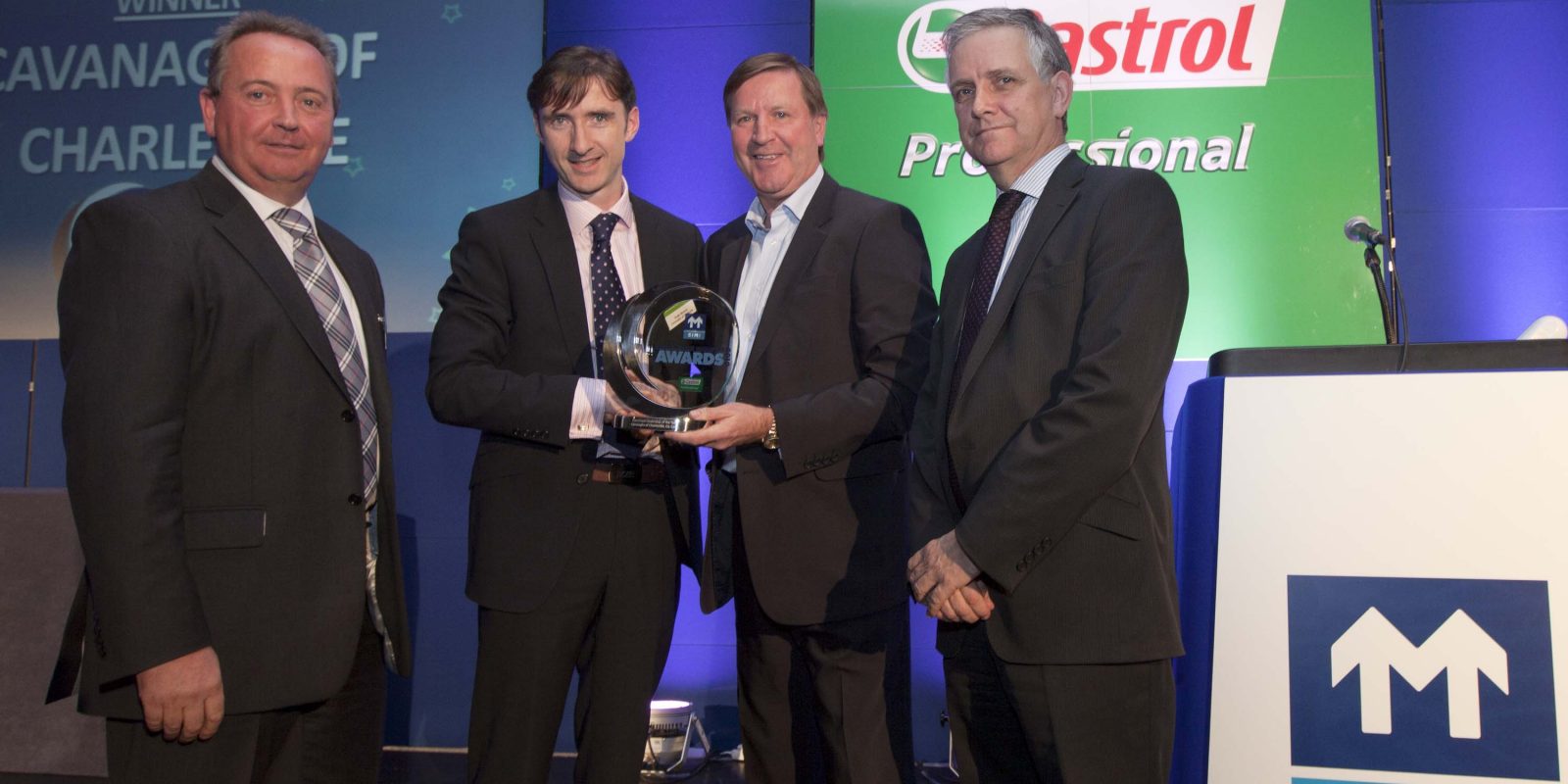 Cavanaghs of Charleville received a huge boost this week when it was recently crowned Franchised Dealer of the Year at the Society of the Irish Motor Industry (SIMI) Annual Delegate Conference in Naas. The awards, sponsored by Castrol Oil, were open to all dealerships nationwide and were initiated by the SIMI to acknowledge and encourage best practice amongst its members.

The Awards covered 5 categories: Best Retail Operation, Best Aftersales (Service) Operation, Best Innovation, Unsung Hero Award and Best Franchised Dealership. Cavanaghs was awarded the Best Franchised Dealership award having been shortlisted in both the Best Retail and Best Aftersales awards. The Best Franchised Dealership award is seen as the ultimate accolade and could only be won by a select few dealerships that had demonstrated best practice across their entire operation combining both retailing and aftersales excellence. The honour was awarded to Cavanagh of Charleville for: “consistently effective sales performance within its market segments, sustained levels of excellence in aftersales, a long-term commitment to excellence, effective and sustained strategic investment, responsiveness to changing customer needs and a proven commitment to customer satisfaction.” The final decision was reached by a judging panel of independent industry experts which assessed all entrants in each category.

The awards were announced by Alan Nolan, Chief Executive of the SIMI and were presented by guest-speaker on the day, Ronnie Whelan. Hugh Sheehy, Marketing Manager at Cavanaghs of Charleville accepted the award on behalf of the entire management and staff at the company. Cavanaghs – which represents both Ford and Hyundai franchises – was taken over by current Dealer Principal, Martin Condon in 1988 who, along with joint Managing Director, Liam Herlihy, have built up the business to its current position over the last number of years. The company continues to employ 54 staff across Sales, Service, Parts and Body Repair despite the ongoing recession which has taken its toll on a sizeable number of dealers across the country.

Commenting on the award, Martin Condon, Dealer Principal said: “We are absolutely thrilled to have won this award. It is justifiable recognition for our great staff, great partners, great facility and, most of all, our great customers. Given what has taken place in our industry over the last 3 years, the bestowing of this award is a timely boost to all concerned and gives us a huge incentive to head into 2011 and beyond with renewed confidence.”