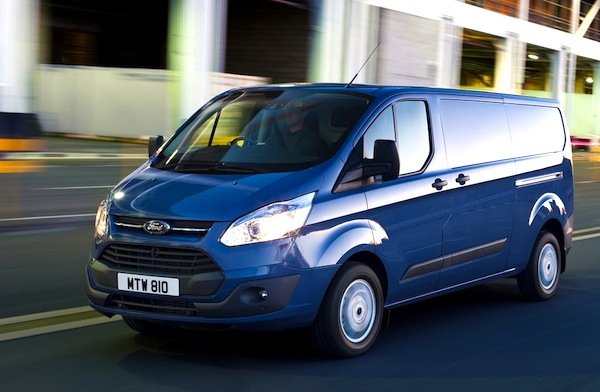 According to vehicle sales figures just issued by the Society of the Irish Motor Industry (SIMI), Ford has again topped the commercial vehicle sales charts, a feat the company has achieved for 24 of the last 25 years.

A key part of Ford’s van sales success is the iconic Transit which has been a top seller in Ireland since it first arrived in 1965.  In 2013, Transit was again the top-selling model in Ireland with 1,402 units sold, comfortably ahead of the second placed VW Caddy (1,328).

Eddie Murphy, Chairman and Managing Director, Ford Ireland, said: “Irish van drivers and fleet operators love our vans and it is heartening to see that we have secured the top spot again in the 2013 sales chart.”

“Unlike the car market where there was a drop in sales, the commercial vehicle market managed to achieve modest growth of just 4.6 percent in 2013.  It has long been accepted that this market is a good indicator of the general state of the economy, so on that basis, these figures tally with some commentators who have said the economy is due to improve during 2014.  It is thanks to our great value tailored packages that Ford again took the lion’s share of sales in the van market in 2013, outpacing the market growth to achieve an increase of 11.5 percent on our 2012 sales.  In fact, there has never been a better time to buy a
Ford commercial with a low rate 3.9 percent APR available across the van range and unlike some of our competitors, we offer a five year payback period which helps to keep monthly repayments more manageable for cash strapped operators”.

“In addition, with Transit, servicing for the first four years and the first two years of road tax are all provided free of charge*.  Transit also comes with a four year 150,000km warranty and the low rate finance of 3.9 percent. In the current environment, operators are, more than ever, making buying choices based on Whole Life Cost of the vehicle and with our two main models: Transit Custom and the new Transit Connect (which arrives here this month), we have best-in-class fuel economy”, concluded Eddie Murphy.

Ford’s line up of commercial vehicles will be expanded during 2014, with the imminent arrival of the new Transit Connect (International Van of the Year for 2014); the new Transit 2 tonne arriving in April; and the compact new Ford Transit Courier van which arrives in May.