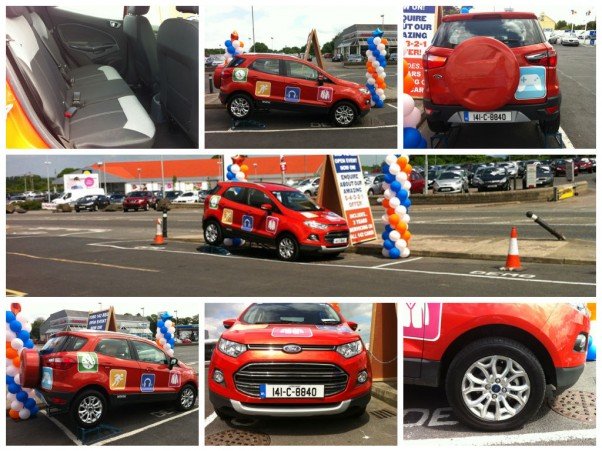 All new Ecosport touches down in Charleville!

This week is an important one for Cavanaghs as we welcome the all-new Ford Ecosport to our dealership for the first time.  The new Ecosport – one of only 5 in Ireland at the moment – is Ford’s latest entry to the utility segment and looks set to fill a growing demand for jeep type cars that are smaller and more efficient to run.

It’s a brand new model that has not been released before.

It boasts the latest technologies including Ford Sync – which allows the driver to manage calls and entertainment seamlessly – and Applink which allows customers to control their apps through Ford Sync.

It is powered by Ford’s 1 litre Ecoboost Engine which has won International Engine of the Year in 2012 and 2013.

With prices starting at €24,695 (including Delivery Charges, some garages may quote less which means Delivery charge has not been added) you can view the All New Ecosport at Cavanagh of Charleville over the next two days (Tues 17th and Weds 18th June) at our dealership.