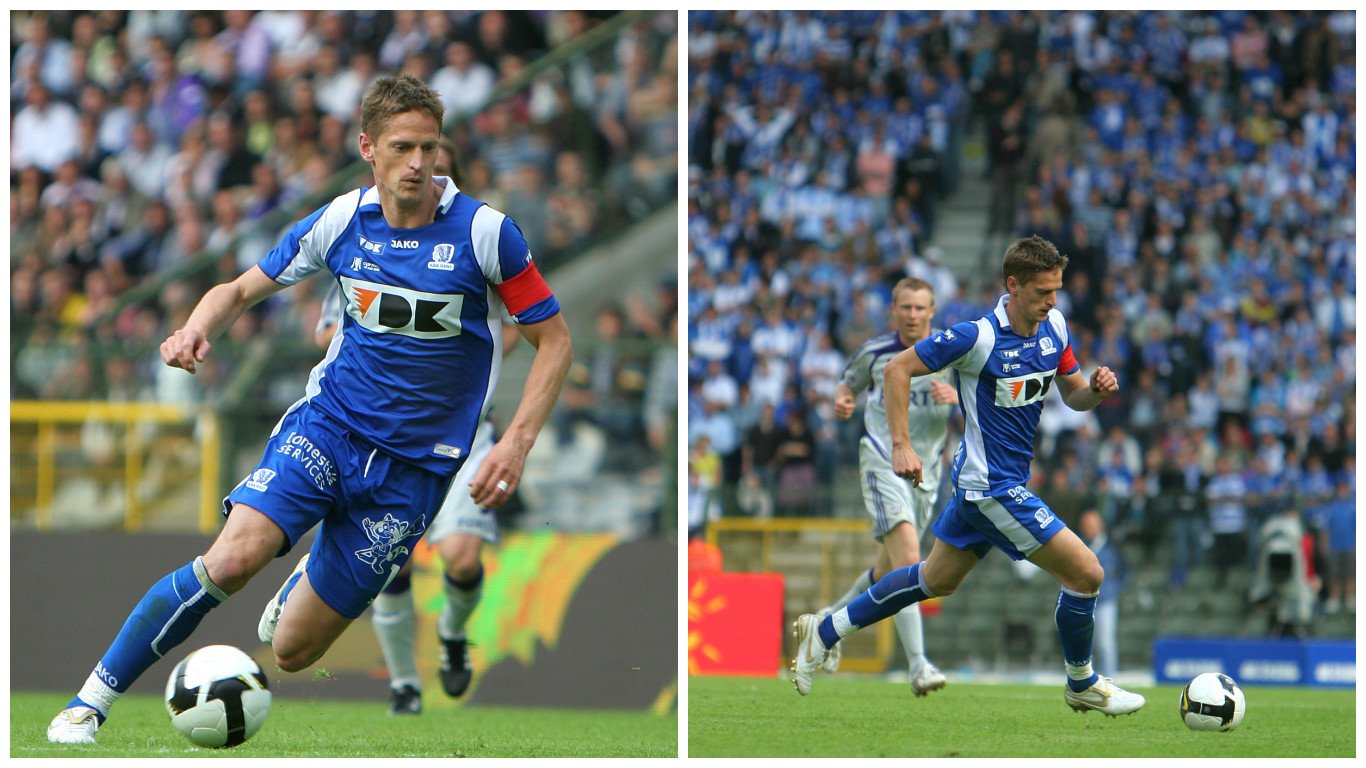 Cavanaghs of Charleville this week welcomed a new member to its Sales Team in the shape of former professional footballer and Charleville local, Dominic Foley. Dominic, now 39, swaps a career which spanned 9 English professional football clubs, 3 European clubs and 3 League of Ireland teams for a team of a different sort as he takes up a place at the successful Charleville based Ford dealership.

Foley began his professional playing career back in 1995 at the age of 18 when he joined Wolverhampton Wanderers. He had several spells at different English clubs before coming to the attention of then Irish Manager Mick McCarthy in 2000 who selected him six times for the Irish National team during which he scored two goals. He was to make his big breakthrough in 2005 when he signed for Belgian outfit Gent and went on to captain the club to the Belgian cup final in 2008 (in which he scored). Unfortunately, his club was to lose out as they went down on a 3-2 score line to Anderlecht.

Foley finished his playing career with Limerick City in 2013 and now he turns his attention towards his new career as he begins work with the busy Charleville Ford Dealership: “This is certainly a new departure for me and something that is very different from what I’ve done in the past. However, being from Charleville and knowing so many of the team here is a huge plus for me and I’m really looking forward to the role ahead”.

Dominic will have plenty of support in his new role in the shape of his brother James – who is a Sales Director at Cavanaghs: “We are delighted to have Dominic on board the team here at Cavanaghs. We know from his past that he’s always been a great team player and a success at whatever he does. No doubt he will bring a lot of this experience to bear in his new role with Cavanaghs”.

Dominic’s appointment brings to 48 the number of full time staff now employed at Cavanaghs of Charleville. The company goes from strength to strength having been a consistent winner of the Ford Chairman’s Award for Customer Service within the Ford Dealer Network every year since 2008 – the longest winning sequence amongst the dealer body. The company has reported an outstanding start to 2016 with January sales eclipsing not only 2015 but also matching the numbers last seen in 2000 which was the strongest year in the history of the Irish Motor Industry.