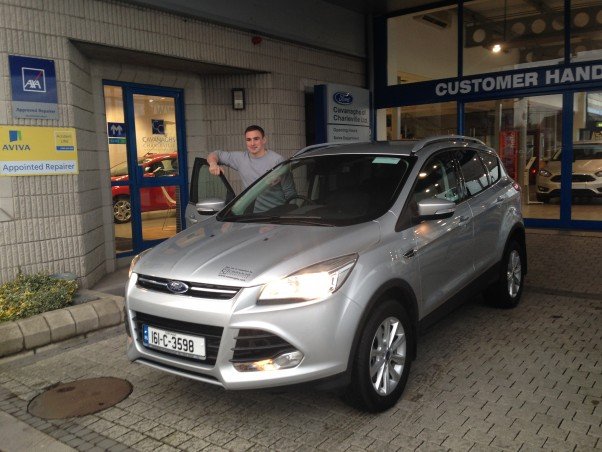 Tommy also drove a Kuga from Cavanaghs last year and he is obviously satisfied with the performance of the car to stick with the same model for 2016.

The model is question is a Kuga Titanium+ which is the highest spec in the range and comes with features such as: Partial Leather, Electric Driver’s Seat, Automatic Headlights, Auto Dimming Rear Mirror, Automatic Wipers, Automatic Start/Stop, Climate Control, Bluetooth Radio with Sync Operating System and 17″ Alloy Wheels.

Tommy has recently just returned to action with Munster following his hip injury and is looking forward to using his Kuga much more as his training and playing schedule picks up again.

Pictured above is Tommy picking up the keys from James at our handover bay in Charleville.