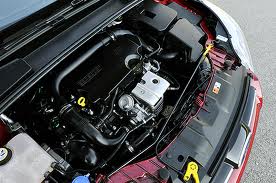 The small, high-tech 3-cylinder engine also hauled in two other awards – “Best New Engine” and “Best Engine Under 1.0-litre” – in the awards presented by Engine Technology International magazine, and based on votes cast by 76 journalists from 35 countries around the world.

“We set the bar incredibly high when we set out to design this engine,” said Joe Bakaj, Ford vice president, Global Powertrain. “We wanted to deliver eye-popping fuel economy, surprising performance, quietness and refinement – and all from a very small, 3-cylinder engine.”

“The team responded to this seemingly impossible challenge with some really exciting innovation,” added Bakaj. “The result is a game-changer for petrol engines globally.”

Said Dean Slavnich, chairman of the “International Engine of the Year” awards and editor of Engine Technology International: “This is a fitting victory for a truly remarkable engine.”

The engine – small enough to fit on an A4 sheet of paper – was designed at Ford’s technical centres in Dunton, UK, and Merkenich, Germany. The engine is built in Ford’s plants in Craiova, Romania, and Cologne, Germany.

The 1.0-litre EcoBoost uses low-inertia turbos to deliver power quickly when the throttle is opened from low RPM and deliver high power at speeds of up to 248,000 RPM.

• An exhaust manifold, cast into the cylinder head, lowers the temperature of exhaust gases to enable the optimum fuel-to-air ratio across a wider rev band

• A unique cast iron block warms the engine more quickly than a conventional aluminium block to cut by 50 percent the amount of “warm-up” energy required, and cut fuel consumption

• Offsetting the engine configuration by deliberately “unbalancing” the flywheel and pulley instead of adding energy-draining balancer shafts.

In its first full month of sales across Europe, more than 4,700 customers ordered a Focus 1.0-litre EcoBoost, accounting nearly a quarter of all Ford Focus cars ordered in Ford’s 19 traditional European markets.

Ford of Europe plans to triple annual production of vehicles equipped with efficient EcoBoost petrol engines to approximately 480,000 by 2015, from 141,000 in 2011. The company projects that more than 300,000 of those vehicles will be equipped with the 1.0-litre EcoBoost.

“International Engine of the Year” is determined by a panel of 76 automotive journalists from 35 countries around the world. Judges consider drivability, performance, economy, refinement and the successful application of advanced engine technology. The popularity of the 1.0-litre EcoBoost with judges saw it receive 28 percent more points than its closest rival and the highest points total of any engine in the competition’s history.

“For a three-cylinder to power a vehicle like the Ford Focus with such ease proves that the future is very, very bright for the internal combustion engine,” said Slavnich of Engine Technology International. “Power, response and very good real-world fuel consumption figures are just the tip of the iceberg when it comes to this engine and what it offers drivers today. Well done, Ford!”

“If downsizing is the way ahead, there is currently no better example than this. Same power as the naturally aspirated 1.6-litre engine it replaces, and much punchier to drive,” said UK-based journalist John Simister.

“With good torque at the very low end, this high-tech three-cylinder turbo gives the driving performance of a small turbo diesel, but without noise and vibrations,” said Christophe Congrega of French-based L’Automobile Magazine.