Ford to unveil Mustang in Europe 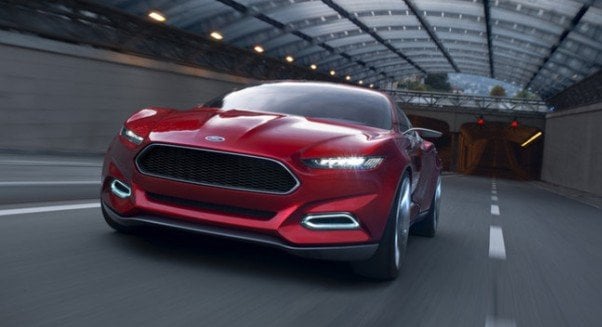 The new Ford Mustang will be unveiled on Thursday, December 5, and the sixth-generation model will be sold officially in Europe for the first time.

Bill Ford, executive chairman of Ford Motor Company, will reveal the new Ford Mustang at a special in Barcelona. A further two models – and new technology – will also make their debut.

Stephen Odell, executive vice president, Ford of Europe, Middle East and Africa, said: “The question we receive more than any other is ‘when will Ford bring the Mustang to Europe?’”

“We’re very excited to have Bill Ford here to answer that question and show the stunning new Mustang that will be sold in Europe for the first time.”

The Mustang was launched in 1964, and it has undergone countless changes in design and character over the years. The latest iteration is due to go on sale in the US in 2014 and UK models are expected to follow later in the year.

European versions are likely to be offered with a four-cylinder petrol engine and the Irish version is expected to have a right-hand drive layout.

Full details of the Ford Mustang will be revealed on December 5 with many of Europe’s motoring press reporting from the Barcelona event.